You’ve probably heard of the term “white privilege;” I want to talk about “white guilt.” “White guilt” refers to the remorse that white people (or anyone from a socially advantageous background) may feel for being born into certain privileges that can give them a leg up in life. Before my service term, I had never truly experienced this, mostly because I was painfully unaware of my own circumstances. I’m a white, fair-featured, educated, upper-middle class, American woman from a non-broken home. The odds are practically stacked in my favor. I never consciously thought about my privilege because it wasn’t a deterrent in my life; I was able to walk through the world almost unscathed.

A training during Pre-Service Orientation enlightened me about these aspects of my life I had taken for granted. Two women from a group called ArtWell--a Philadelphia-based organization aimed at helping young people from disadvantaged communities express themselves through creative reflection--put up pieces of paper all over the room, each with different identifiers: Race, religion, education, socioeconomic status, gender identity, sexual orientation, etc. They first asked us to stand under the identifier we use most to define ourselves, followed by the identifier that is most transparent to others, and finally, under the identifier that gives us the most privilege. As my fellow corps members mulled around the room, finding their place, I realized I had no idea where to go; I had never thought about myself in those terms. I didn’t consciously think of myself as a white person; highly educated; a straight, cisgender woman; upper-middle class. It never occurred to me to label myself in that way. My identifiers fed my privilege and hindered me from fully understanding my role in society and how I can affect change. It’s for these reasons that I worried I wouldn’t be able to connect with my patients as a Patient Advocate at Health Center 6. I was suddenly very aware that they might see me as too different from themselves, and thus unable to empathize with their situations. I was utterly mistaken.

What I’ve found in these six months with NHC is that differences don’t really matter, and that even the slightest similarity can spark connection. One of my patients, Carlos*, is a Spanish man with diabetes. We bonded over the fact that his daughter lives in Spain, where I studied abroad. He called me on Thanksgiving to wish me a happy holiday; he doesn’t celebrate Thanksgiving. Ramona came to me speaking broken English, struggling to communicate, and was relieved to find out I speak Spanish. I learned she’s from the Dominican Republic, in the town where one of my best friends now works as a teacher. David isn’t even a patient of mine; he’s a black man I met while waiting for my bus one day. Several weeks later I was late for work and was about to miss my bus. David saw this and sprinted in front of oncoming traffic to tell the bus driver to wait for me. We had only spoken a handful of times prior. 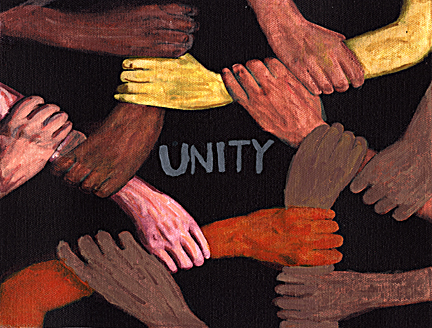 Telling your story inspires connection. I was so caught up in how our differences would separate us that I forgot about all the ways in which my patients and I are similar. In these months with NHC I’ve learned that white guilt is real, but commonality is a powerful force that drives out hate and ignorance, and the world could use more of it, especially now.