The sugar packets always go first. I apologize to the group and cross the hall to the filing cabinet filled with coffee supplies. Stuffing packets into the repurposed Tupperware, I head back into the room. Several minutes later, I refill the container again. I’ve never seen anyone drink coffee quite like this.

Each week, this group meets in North Philadelphia to talk about opioid addiction. I take the chair closest to the coffee I’ve brewed that morning (Maxwell House, never decaf). We open with a success and a challenge from the week. For many, the answer to both is staying clean.

Over the past months, these faces have become as familiar as those of the Selma mural across the street. But one face stands out: a toddler, her hair pulled back in a high ponytail, her eyes huge and dark. The girl and I sit in the corner during meetings and make towers from mismatched blocks. When they fall, the girl’s shrieks of delight halt conversation. 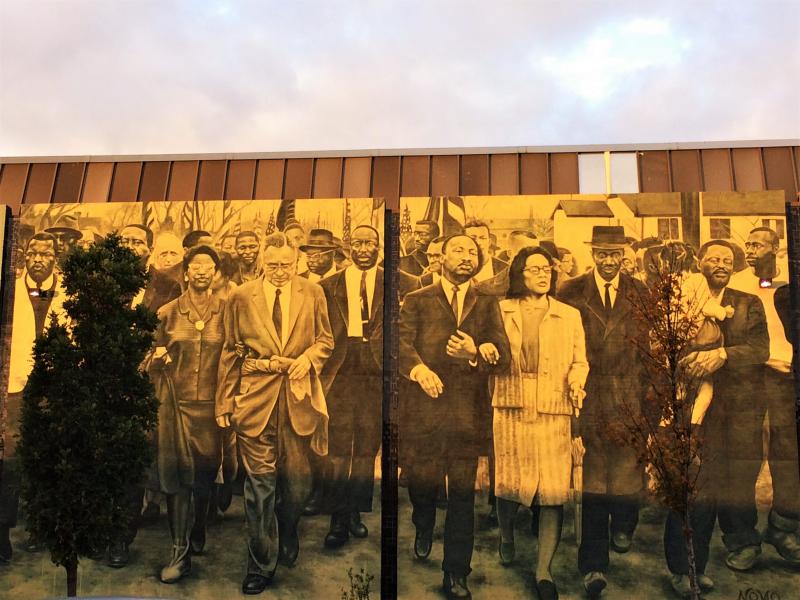 After last week’s meeting, I chose a book at random from the children’s shelf – a story about a boy whose family was moving to a new home. I put the book down after a few pages. It felt cruel to read about houses to a child who had only ever lived in a shelter. I looked for something more relevant. Finding nothing, I picked up Frog and Toad.

Outside of the clinic, the stories of my patients’ lives are also largely absent. In Philadelphia, I wonder how some force their narratives underground: at a recent debate about safe injection sites, one audience member told the crowd she’d prefer that these people crawl back underneath the city’s bridges. More than half the room applauded.

I refuse to believe that the opioid epidemic can be stowed beneath a Kensington underpass. Instead, I think of what Junot Díaz meant when he wrote that the lack of a reflection makes a monster monstrous. His stories create mirrors for those on the margins, and for readers on the inside to see them, too.

On Wednesday mornings in North Philly there is a room filled with mirrors. In the corner is a young girl with a wide smile and a tower of swaying blocks. She deserves her own story.