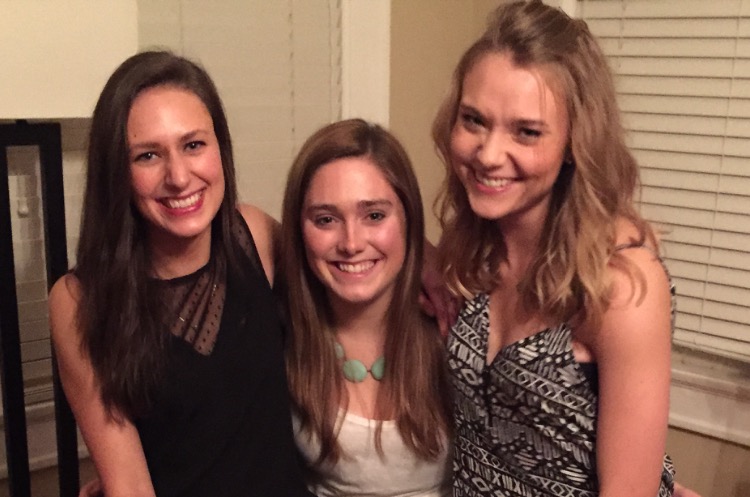 This service year includes way more than just serving at your host site and participating in monthly service projects. Another big component worth reflecting on is your life outside of your AmeriCorps service. I’ve learned a lot through serving at my host site, but I think I’ve learned an equal amount about myself from moving to a new city on my own. A major part of the North Florida Health Corps AmeriCorps experience is the fact that, for most of us, participation in this service year required us to completely relocate our lives. The relocation and living situation was something that made me very nervous, honestly. I consider myself someone who makes friends easily, but I still found the thought of knowing zero people in a new city extremely daunting.

Before this year, I had never really lived on my own or with roommates.  I went to a small liberal arts school in which 95% of students lived on campus, and because of limiting housing options, I ended up living in a dorm room all four years of college. I always had a meal plan and never really ventured much into the realm of shopping and cooking for myself. Since I had never lived with people in a truly “on your own” situation, I had some reservations about whether or not I would be good at living with others. I’m a self-proclaimed messy person that’s never been great at household chores (or so my mother claims). Will I be a good roommate? What if they can’t stand me? Could they be psychopaths who will murder me in my sleep?  These were just a few of the things I spent time thinking about prior to moving to Jacksonville.

I ended up living with two great girls in the program (Shout out to my girls Sarah Larson and Caroline Culig). We connected through the North Florida Health Corps Facebook group and decided to live together. It was a stressful summer researching and finding housing, but we eventually found a great place to live. I was excited, but also extremely nervous to live with two girls I had only exchanged a slew of texts with. It was a weird experience to start living with and spending a lot of time with two complete strangers. The differences between my roommates and me are numerous. Sarah is an avid runner, and even ran a marathon this year. I prefer marathons of the Netflix variety. Caroline has eaten more quesadillas in the past six months than I’d previously thought possible. Of the roughly 185 days we’ve been here, Caroline has probably made over 150 quesadillas. Caroline is also much tidier and more considerate than I am (I’m really coming off as a rude, lazy person right now, aren’t I?). She’s been a big help in honing my housecleaning skills.  That’s not to say the three of us don’t have some things in common, though. Our mutual love for hummus and bad TV, like the Bachelor and anything airing on ABC’s Thursday night lineup, are just a few of the things the three of us have bonded over. While our personalities and living styles are different, I think we’ve learned to work well as roommates.

However, our bond over random foods and reality TV hasn’t kept us from having our differences. Living together hasn’t always been peaches and cream. We’ve learned that communication among roommates is important to ensure everyone’s living in a comfortable environment. My roommate Sarah can attest to the fact that I genuinely thought our bathroom just wasn’t getting dirty. Little did I know, Sarah had been cleaning it all along (Sorry Sarah!).  We’ve had some disagreements over cleaning out the dryer lint screen, a little incident I’ve fondly dubbed LintGate 2014. (Did you know that lint kills five people every year, while sharks kill, on average, less than one person per year? Lint is 500% more dangerous than sharks. Let that one sink in.) While these issues may seem small and trivial, without open and honest communication they can grow to astronomical sizes and make any living situation uncomfortable.

While my direct service has taught me a lot this year, my time spent outside of service has also been an eye-opening experience. Living with AmeriCorps roommates this year has really helped me learn about speaking up in the face of adversity and conflict resolution. Despite the minor troubles, living with Sarah and Caroline has, without a doubt, enhanced my year. I think all three of us have learned from each other and improved in different aspects. I now try my best to do the dishes the proper way and be more cognizant of others and their feelings. I have grown as a person and learned important life skills that can be applied both in service and wherever I may find myself in the future. 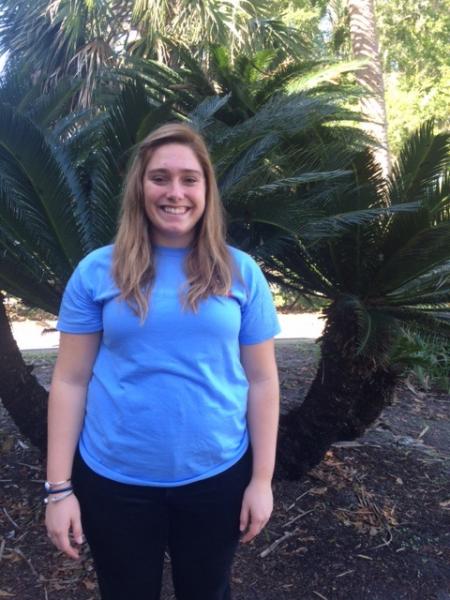 This blog post was written by NFHC member Katherine Logan.

Katherine serves at UF CARES as a Health Educator.