I can still remember where I was when I got the email stating that my NCAA eligibility had been extended and I would be able to resume swimming as a Division 1 collegiate athlete. Relief flooded over me.  I had spent the past six months appealing for the extension, explaining to coaches and a committee of people I didn’t know why I was returning to the sport after a year and a half absence.  In my lifelong battle with OCD, this felt like the culmination I could only dream of.  Not only had I regained control over my life, but I could now return to the sport that I had left when I decided to pursue recovery.  I remember rushing to update those who had been following along in my recovery journey.  The hope of a normal life was just within reach.

Then suddenly, due to a cascade of events outside of my control, that hope was taken away from me, and I was not able to swim on my college team.  It felt like I had been forced to choose between seeking treatment for OCD and competing in the sport that I loved.  Swimming was just another causality in a life that would never be fully lived.  Yet, after telling my story of recovery to inspire hope for a normal life after mental illness, I felt like sharing how devastated I was would make my past words seem fraudulent.  I worried that if I didn’t sound fake, I would certainly sound like a failure.  Succumbing to a spiral of depression, I withdrew from everyone around me and stopped fighting against the obsessions and compulsions that still plagued my mind.  For the next year, I would feel like I was trapped under water – able to see everyone participating in life above me but never able to resurface.  There was just the endless void of emptiness, amplified by the feeling of being completely alone.

Unfortunately, for those who live with a psychiatric or substance use disorder, this story is not unique.  Recurrence is common, but given how stigmatizing these disorders can be, it is rarely discussed.  As a result, people in recovery often find themselves in a precarious position, one where a relapse could mean the loss of their support system when their disorder becomes relegated to a personal shortcoming once again.  Perhaps equally as distressing is the person’s own perceptions of recurrence, which can make them feel like a failure and discourage them from seeking treatment or even the support of others once more.

During my service year, I have had the opportunity to discuss relapse from a clinical perspective, where it is neither viewed as a moral failing or a complete unraveling of recovery but considered instead as part of a chronic medical condition.  These discussions have led me to the understanding that psychiatric and substance use disorders are not illnesses that are overcome; rather, they are chronic conditions that will continuously be overcome, every day, for the rest of a person’s life.  Some days will be harder than others.  There may be periods of remission, when a person may lead a symptom-free life and may no longer identify as having the disorder.  There may also be periods of recurrence when symptoms return, which can make the person feel the sharp sting of failure and even defeat.  Without viewing these disorders as chronic conditions with periods of remission and recurrence, we pedal the false notion that remission signals the end of the illness and relapse invalidates recovery, which can have devastating consequences for people living with these disorders.

So, what happened when I shifted my perspective and started viewing OCD as a chronic condition?  I stopped being discouraged by my inability to achieve a normal life and accepted that my brain may always think differently than those who do not have this disorder.  Instead of trying to force myself to think the way I perceived as “normal”, I started developing an awareness of triggers that would exacerbate my symptoms and focused on ways to prevent, mitigate, or avoid them. My hope is that one day there will be better treatment options that can support long-term remission -- or even a cure, but until that day comes, learning how to live a healthy and fulfilling life with these disorders is paramount. 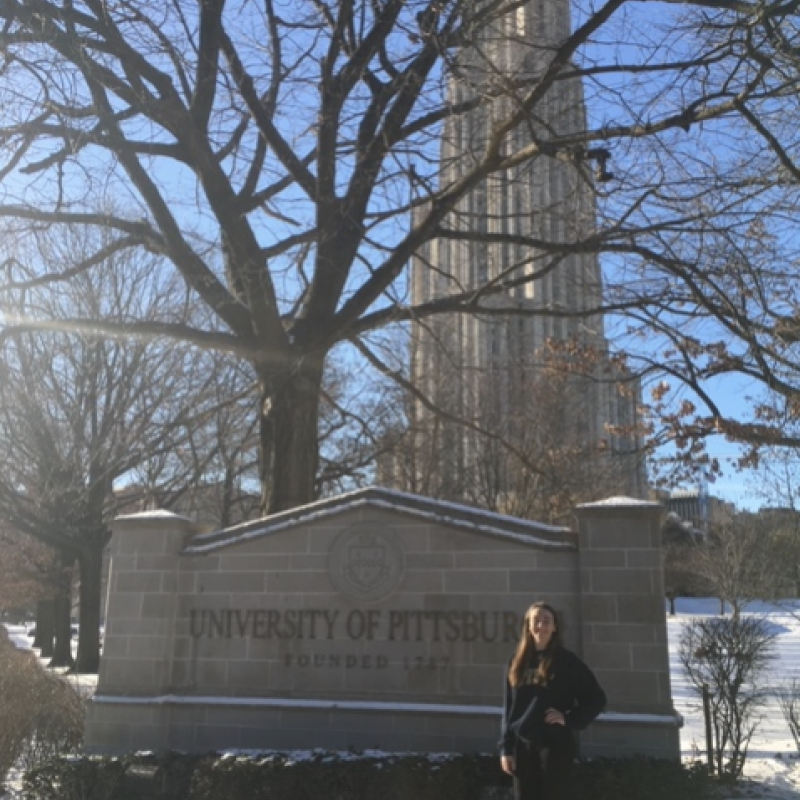 Why did you join AmeriCorps/National Health Corps? During my undergraduate education, I studied neuroscience and became extremely interested in the biology that underlies psychiatric disorders.  This interest led me to the realization that current treatment options are often not ideal and that many people face barriers in accessing treatment, which can have devastating consequences.  I wanted to take some time before medical school to do my part in changing outcomes for people with neuropsychiatric diagnoses who may feel hopeless at the lack of treatment options, stigmatized by society, or marginalized by their disorder.